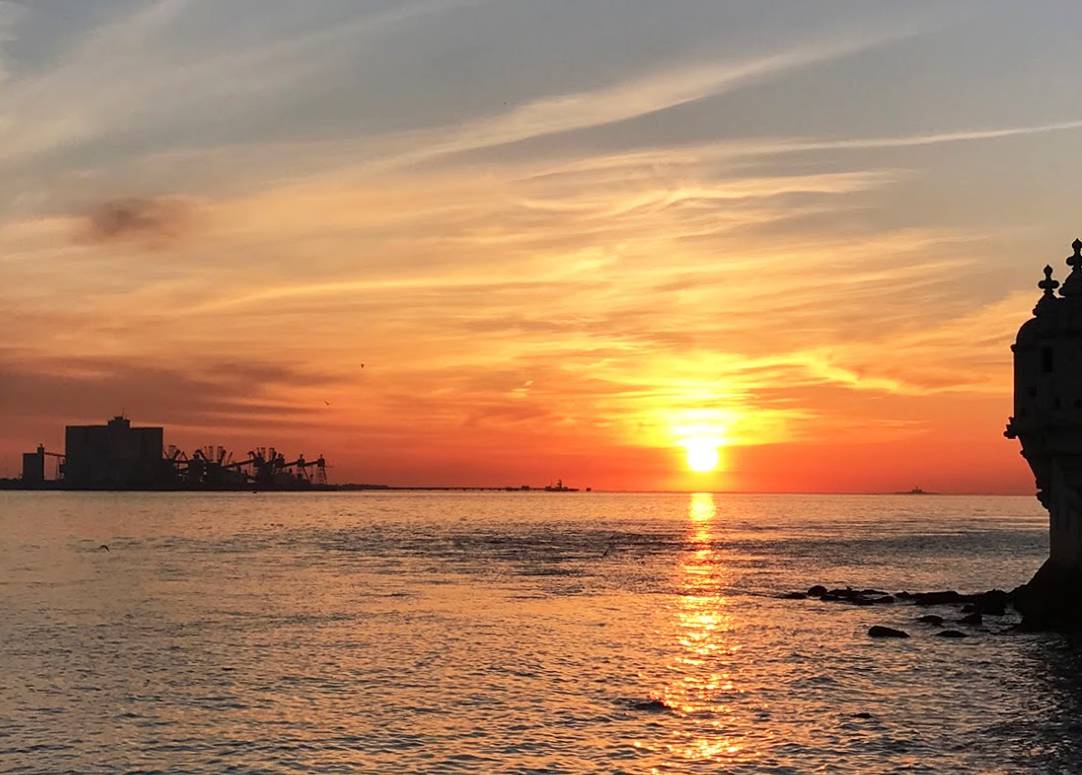 Last year, I wrote about new habits that I picked up in 2015 that impacted my life positively. Fortunately for me, 2016 allowed me to continue in my experimentation with new behaviors. I hope to make my habits recap an annual practice.

I began using the Headspace app in early 2016. It was tough to get used to as I kept falling asleep during the 10-minute guided sessions. But after a couple of months, meditating became as automatic as brushing my teeth. During the work week, my immediate action upon waking up is to sit up on my bed and turn on Headspace. It is only after I complete a session that I’ll jump out of bed and start my morning routine. On weekends, since Melanie is around when I wake up (she’s usually gone to work by the time I wake up during the week), I choose not to use the app, which is fine because my weekend morning routine is very different.

Meditating with Headspace has been great in many ways. It’s helped me deal with stress, both work and personal, in a much more effective way than say, drinking or binging on TV shows. By teaching me to breathe and to focus on the body, and to let thoughts come and go, meditating has become a very powerful tool for discarding thoughts and feelings that are ultimately unproductive. What’s kept things interesting for me are the different categories, such as Performance, Relationships, and Sports along with packs of 10 sessions under themes like Focus, Creativity, Balance, and Kindness. While the format of focusing on breathing, your surroundings, and your body is consistent from session to session, the app poses different questions and presents new thought exercises, like imagining a growing spot of sunshine on your chest.

As I worked my way through nearly 40 hours of meditation in 2016, I’ve found myself generally feeling calmer and less anxious. A big part of this is from being more aware of how I’m feeling and why. Rather than getting caught up in the heat of some stressful situation, meditating has helped condition me so that I can take a few deep breaths, take a step back and see the situation for what it really is rather than blowing it out of proportion with the dangerous fuel of my uncontrolled emotions. Being able to catch myself like this has been very helpful in allowing me to make sounder decisions and in keeping me from making unwise, unfiltered remarks to people. Sure, I still fall victim to my emotions from time to time, but the practice of meditation is a daily reminder that I can work with my mind in a calm and productive way.

Mel and I established a weekly Date Night on Tuesdays so we can spend quality time during the work week. No matter how busy we are, we’ve been committed to keeping Date Nights on. We both have it as a recurring event on our respective calendars so we can plan around and for it. We typically go to a restaurant in Brooklyn and enjoy a nice meal while sharing what’s going on at work and talking about potential weekend plans or an upcoming vacation.

There have been weeks where we’ve gone out more than once and those have been great, but for the weeks when I have a deadline or she has to put in extra hours at work, Date Night allows us to stick to a minimum number of hours together and keeps our communication bond strong during the week when we hardly have the opportunity to talk. We’ve been very happy with this arrangement because it’s helped us overcome a problem we’ve had for years. Because Mel’s work starts hours before mine, she wakes up much earlier and is gone before I wake up. She also goes to bed much earlier, so if I come home anytime after 9PM, there’s a chance she’s already in bed. This schedule difference often led to weeks where we wouldn’t see each other awake at all until the weekends. The lack of communication was becoming problematic for us, so we decided to give Date Night a try. I’m happy to say that it’s a shared habit that’s stuck for us and I look forward to our weekly evenings in 2017.

I made time to play more basketball this year than I have in over 15 years. As a baseline, I try to play once a week after my Monday workout. This might be a one-on-one game with a friend or a few pick-up games with whoever is on the court. Additionally, I’ve tried my best to get in one more session, usually a couple of hours, of basketball during the week. This usually comes in the form of pickup games either at a friend’s apartment gym in Koreatown, at a community center on the Upper East Side, or at the YMCA near my place. Except for the occasional jammed finger, I’ve luckily been able to avoid injuries. I’ve improved my long distance shooting accuracy and having better cardio fitness from running has allowed me to play tighter, more aggressive defense.

I’ve become addicted to breakfast. In 2016, I started making more time for breakfast, waking up early enough each morning so I can fully enjoy the meal before work. My two go-to meals have been oatmeal (with blueberries, nuts, maple syrup, and flax seed) and whole grain/spelt English muffins (with peanut butter, flax seed, nuts, and honey or vegan mayo with avocado). I’ll supplement these with grapefruit or oranges. It’s felt great going to work feeling energized and fully awake.

What Happened to Habits I Picked Up in 2015?

I thought it would be worthwhile to check up on the habits from the previous year to see if I stuck with them in 2015 or, if not, why I abandoned them.

I’m happy to report that I continued my practice of keeping a reading list and read 34 books in 2016 (see full list here). This is still probably the single most important habit in the past 2 years in that it’s been the source of inspiration and ideas for all of my other habits.

Boot Camp at the YMCA

I stopped going to this because it conflicted with days I wanted to play basketball. However, because of my participation in Spartan Races in 2016, my Monday workouts have evolved to incorporate a lot of boot camp elements including a ton of burpees and lots of plyometric exercises.

I upped my running game in 2016, hiring a running coach to help me prep for my first ever half marathon in March. I continued to run weekly during the year although I scaled back my mileage considerably, averaging about 5-6 miles a week. I’ll be upping my training in the coming weeks as I prep for another half marathon in 2017.

I redeemed several airline tickets using rewards points in 2016 and got some bonus points for referring friends to Chase Sapphire. I’ll be on the lookout for any outstanding deals from new credit cards, but I’ve been pretty happy with my current setup. I unfortunately didn’t qualify for the Chase Sapphire Reserve card because I opened up too many new credit accounts in the past year, including a few business credit cards for Barrel under my name. Doh.

I mostly stuck with my plant-based diet in 2016. I was a bit more lax about consuming fish every few weeks, especially as Mel and I hit up sushi joints for Date Night. But overall, for meals where I was alone and in absolute control, I felt no desire to deviate from a plant-based menu. On vacations with friends and family, I let myself eat some meat and cheeses, which was no big deal. For example, I had a steak at Warren Buffett’s favorite steakhouse when I went to Omaha for the annual Berkshire Hathaway Shareholder Meeting. And in Portugal, where Mel and I vacationed this past week and where the concept of vegan dishes doesn’t really seem to exist, I was fine eating cured meats, all types of cheeses, and lots of salted cod. In fact, eating non-plant-based foods occasionally has made me appreciate so much more the healthy, clean feeling I get from sticking to plant-based foods most of the time.

In addition to looking back, I want to look ahead and share some habits I hope to fully adopt in 2017. These are habits that have started to form at the tail end of 2016 but need more time to solidify.

I’ve started to take anywhere between 10-30 minutes each morning during breakfast to jot down some thoughts in a journal. First of all, writing thoughts down by hand feels great because it’s something I had gotten away from for a good number of years. Also, writing something daily without any specific aim has been fun. Some days, I’ll just recap what happened the day before. Other times, I’ll write a thought or two about a book I’m reading or a problem I’m having at work. I set no expectations. The only requirement is that I write something. I hope this keeps going.

I’ve written about this in a previous post. I think this will do wonders in helping me prevent injuries and in becoming a better athlete in general.

Putting My Clothes Away Every Night

In the past month, I’ve been very diligent about hanging up, folding away, or throwing into the laundry basket any clothes I’ve worn that day. Previously, the default habit was to throw everything on the ground and batch process them on the weekend. This meant that during the week, our bedroom became a war zone littered with clothes. These days, I can see the floor the entire week, and there’s a feeling of tidiness that’s nice to wake up to each morning. I’m hoping this habit doesn’t go away.

The beauty of habits is that when a habit is fully ingrained, performing it feels natural and doesn’t require a heavy lift in terms of the brain’s resources. It’s akin to setting up your finances to automatically pull X amount of dollars for savings each month and invest in a certain allocation of assets so you don’t have to even think about it. Knowing that you can program yourself to automatically perform all kinds of tasks, some that are very beneficial for you and some that are very enjoyable, I think putting in the upfront work to develop desirable habits is one of the most valuable things you can do. Habits compound because they repeat over and over again. Sure, some behaviors that I hoped would become habits have turned out to be too hard to keep or don’t feel worthwhile keeping after a period of time, but that’s only made me want to continually experiment and try new ways to make life healthier, more fun, and more challenging. In the process, I’ve learned a lot about myself and about the world I live in, and it’s something that I plan on keeping up. 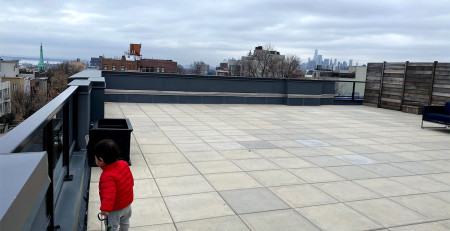 In this troubling and uncertain climate, I thought it would be a good time to review my personal finance stack head on and to share some of the moves I’m […] 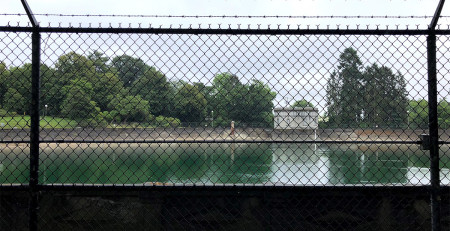 I wanted to jot down and share some quick thoughts on running a small agency business during the COVID-19 (coronavirus) situation developing here in the United States. As an agency […] 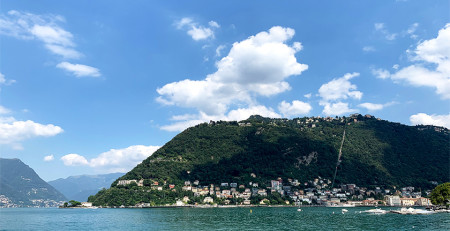 I decided to create a tidy table view of Barrel’s business performance for the past 14 years cleaning up some numbers and simplifying the view to focus on revenue, cost […]