I got an email from MetaLab today that announced its latest software. It’s called Peak and it helps managers track what people on their team are working on in an automated way. It plugs in to popular apps used by people in the creative digital industry such as Basecamp, Harvest, Google Drive, and GitHub to show an aggregated feed of everyone’s activities. Peak looks beautiful as a web app and I’m sure it’s got the same polish as other MetaLab tools. But I think that in an effort to quantify productivity, Peak puts too much emphasis on the quantity of labor and none in the value created by the labor.

At Barrel, a year has made a big difference in our thinking about time, value, and effectiveness. Late last year, I remember poring over the reports generated by Harvest, the time-tracking software that we’ve used for the past seven years. We’ve always mandated time-tracking for everyone as a way to capture data about how many hours a project takes and also to create hourly reports for clients who we charge hourly for services. But as our projects have grown in size and the number of projects per team member has gone down, it’s become less and less important to have precise tracking. For example, if I know that someone is splitting their time roughly 50/50 on two projects over a span of 4 weeks, I can assume that they’ll have spent around 70 or so hours on each project (about 17.5 hours per week per project each week using a 40-hour work week, discounting some hours for internal tasks and professional development). And since we price almost all of our projects with a fixed fee, I don’t have to worry about billable hours but focus more on making sure a project gets done by the agreed date. As long as the price of the project is high enough to cover my base cost (employee salary plus overhead over the duration of the project) and give me a good profit margin, I don’t have to get too granular about how each hour was spent. In fact, the ideal scenario would be to totally decouple the notion of cost from the value we create for our clients. I haven’t quite figured this out yet, but I think it’ll be something where someone would gladly pay a flat $100,000 fee for something that, in leveraging a proprietary process or some technology we’ve developed, may cost us hardly anything to implement. That’s a tall order for a company like ours competing in a crowded field and fighting commoditization, but I think it’s a really excellent goal to pursue: the ability to price based on value.

So getting back to how we’ve changed in the past year: while we still track time, we don’t stress over the number of hours logged each week like we used to. There was a time not long ago when we would be alarmed if our team didn’t log a certain number of hours each week. We took it to mean a lack of productivity. We had our project managers check in on people and make sure everyone was logging a certain number of hours each week. Incredibly busy weeks made us feel like the business was doing great because it meant we were doing lots of work. But this was fundamentally flawed thinking because the number of hours didn’t necessarily correlate to results, and results are why clients come to us and agree to pay us.

Here are some example scenarios:

More hours don’t necessarily translate to great work. In fact, working smart sometimes means working less. And I would rather have someone who is effective in producing results working 10AM-6PM than someone who produces less results but logs 12 hours a day. It took me a while to come around to this line of thinking as I’m the type who likes to work 12 or so hours a day and will linger at the office past dinnertime on most nights. But I’ve become more and more comfortable with people leaving 6PM on the dot as long as they’ve been effective. The goal for me, and I hope the organization, is to go beyond even the 10AM-6PM workday mindset and perhaps even the restrictions of geography, making it possible for people to work from anywhere at anytime as long as they’re able to communicate and collaborate with teammates without a hitch and produce consistent results.

With Peak and its automated feed that displays the number of emails sent, designs uploaded, hours logged, or code committed for each person on the team, I think the assumption is that more of everything means things are going great (although they do make the point that it monitors for people being overworked as well). Perhaps this could be the case, but I think it’s also dangerous to show reports like “Most and Least Active Employees” and use quantified productivity as a measure of performance. Peak’s value proposition is that by empowering managers with an easy way to track what people are doing, they’ll be less likely to interrupt their employees, leading to even more productivity. I think this line of thinking misses a deeper problem: do managers really need to keep track of what people are doing? If a manager is truly effective, I would imagine that employees would be motivated to deliver results and feel ownership of their assignments. And in this case, the manager’s job would be less about keeping tabs on people but more about identifying opportunities to help employees do even better. I think this is where Peak could have been a totally different tool. Rather than quantifying the number of design uploads per person for the manager, it could be a tool that allows everyone in the company to see all the great things going on each day. Any hint of quantified productivity would be stripped away and the focus would solely be on each piece of output that’s shared. The designers on your team could see what other designers are creating through a feed of uploads on Basecamp. Developers can see an aggregated activity feed of all the code commits on GitHub that day. Project managers can see the latest spreadsheet someone has saved down in Google Drive. The goal of this open and visual team activity stream would be to cross-pollinate ideas, break down project team or discipline silos, and give everyone in a company a better way to share knowledge.

In our line of business, where we use computers to create designs and code in creative ways for our clients, knowledge is extremely valuable. Knowledge is ultimately what allows us to come up with effective solutions. Knowledge is also something you can’t squeeze out by committing more hours. It comes about by creating the appropriate environment where people are given opportunities to explore, learn from each other, and challenge conventional thinking. I’m still learning to be a better manager each day, but one thing I’ve become more and more certain about is that my role is less about monitoring and more about finding ways to create the conditions for everyone to be effective. 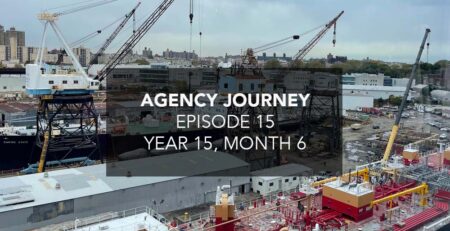 The past month has been a whirlwind of activity at Barrel, not to mention a number of stressful happenings at home especially with our two young ones (e.g. sleep regressions, […] 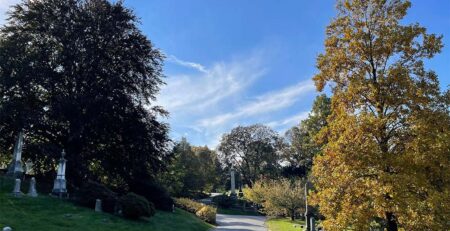 If there was a skill I wish I had worked on earlier in my career, it would be networking, which I define as the act of connecting with other people, […] 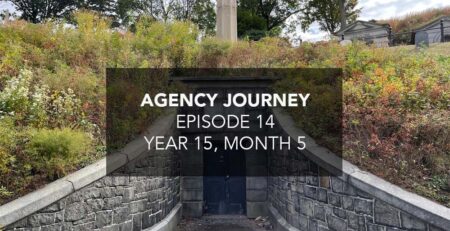 Missing the Office Vibe I’ve started going into the office at least once a week. It’s been a great change of pace from being in my home office (bedroom) and […] 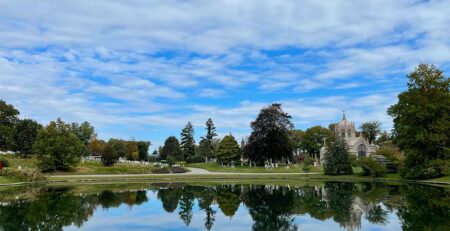 I’ve been making my way through The Luxury Strategy: Break the Rules of Marketing to Build Luxury Brands by Jean-Noël Kapferer and Vincent Bastien (see my Twitter thread of highlights […]

We’ve been through our fair share of ups and downs at Barrel including some close calls on remaining solvent as a business. Through these rough times, we’ve learned some approaches […] 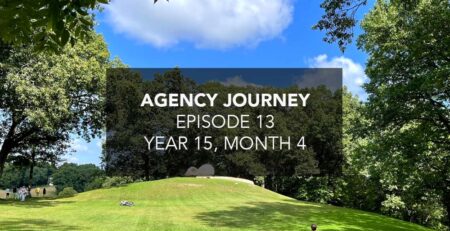 In The Motive, a leadership parable by Patrick Lencioni, he shares two types of leadership approaches: Reward-centered leadership: the belief that being a leader is the reward for hard work; therefore, […] 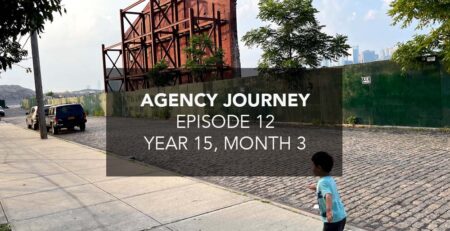 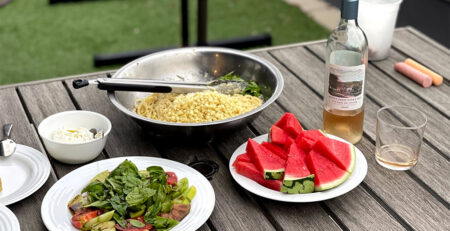 Note: This is Volume 3 of my “Operating Rules” series. Check Volume 1 and Volume 2. I’ve come to appreciate diet as an important lever for influencing my day-to-day wellbeing […]